Why the name “Halcyon”

I served my time as a Marine Engineer with the old British shipping Line “Ellerman Lines”.

All their ships had distinctive black, white and buff funnels .

One Ellerman ship The City of Winchester (1914) was one of the first merchant vessel to be destroyed during the First World war, being captured by the German cruiser Königsberg, while homeward bound from India.

As cadets Ellerman Lines used the College of Nautical Studies at Warsash near Southampton to train both their Deck and Engine Room cadets. 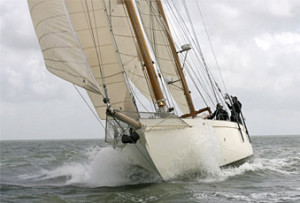 This was used to give cadets their first taste of sea life, which gave me my first experience of being on a sailing vessel at sea! This is why my boat is called “Halcyon”, as a mark of respect to the first ship I went to sea in. Consequently with Ellerman Lines I travelled the world in a mixture of general cargo, container and Ro-Ro ships.

As Engineer Cadets we often got involved in the winter refit of this magnificent vessel which mainly involved rubbing down varnish and reapplying, mostly on Saturday mornings under the watchfull eye of the vessels Master Mr Gifford!

The vessel was sold in the mid 80’s for a poultry sum (there was a scandal about it at the time!) and was eventually refitted at the Gloucester yard of T Nielson becoming a luxury charter yacht. See http://www.halcyonyachtcharter.com/

I think currently she is currently for sale at around £1 million.

If I had the money I would purchase her! 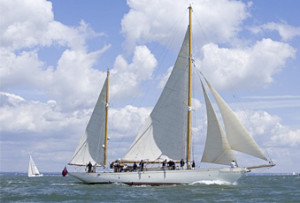