The story of the “Halcyon”

The ancient Greek myth of Halcyon is a tender story of love and commitment, which explains the Halcyon sunny days of calm seas and winds. The Halcyon days or Alkionides Meres, as Greeks call them, appear in mid January every year. 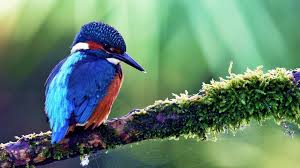 Halcyon is a type of kingfisher bird that nests by the sea where sea-charming winds blow, so that its eggs are protected during the nesting period. The phrase Halcyon days today also signifies prosperity, joy, liberation and, of course, tranquility.

The myth of Halcyon and Ceyx

In Greek mythology, the goddess Halcyon (Alcyone in Greek) was the daughter of Aeolus, the ruler of the winds. Aeolus lived in the caves, where winds were imprisoned. He was the one who was choosing when to let them out, depending on how the higher gods instructed him.

Halcyon was married to the mortal king Ceyx of Tachis. Their love for each other was so known that even gods peeped into their privacy and heard some jokes they didn’t like much (like calling each other Zeus and Hera!). Once, when Ceyx had to go to Delphi to consult the oracle of Apollo, he chose to sail there despite all the cries of his beloved Halcyon, who was terribly afraid of the sea.

Halcyon proved right because Ceyx drowned, when a huge storm took his life not far from the coast and his boat disappeared in the waves. 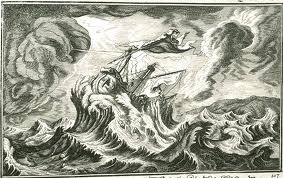 Trying to fight the storm, aware that he was to drown, Ceyx asked Neptune (the sea god) to bring his body to his wife’s arms. In the meantime, afraid for her husband and not knowing yet what had happened, Halcyon asked Hera to ensure his safe trip.

It was too late and Hera had no choice but to send for Hypnos, who instructed Morpheus, the God of Dreams, to appear in the poor woman’s dreams and tell her about the tragedy. The desperate Halcyon went to the coast where she found Ceyx’s body and threw herself into the dark waves. Amazed by her love and devotion, the gods decided to save her and to transform her into a seabird. They also turned Ceyx into another kingfisher so the two could live and be together.

The myth of the Halcyon days

But even in Greek mythology life was not always easy. Zeus ordered that Halcyon would lay her eggs only in winter. Having her nest near the shore, close by the spot where she found the body of Ceyx, the stormy waves kept sweeping away her eggs.

Crying and praying endlessly, Halcyon finally managed to touch Zeus’s heart. Encouraged by the other Gods as well, Zeus decided to give her 14 days of good and calm weather in the middle of winter.

So those two kingfisher birds, or Halcyon birds as they are also known, were able to keep their eggs safe every winter during the period that came seven days before and seven days after winter solstice. During these days Halcyon’s father would keep the winds calm on the sea. 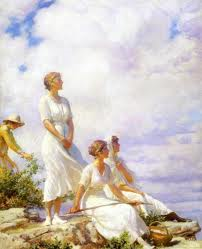 Halcyon days are still celebrated in Greece, in memory of Halcyon and her sacrifice. Practically, Halcyon days appear in mid January and do not last for more than a week or ten days maximum.