The Round the Island Race in a Cape Cutter 19

The Round the Island Race has been running since 1931 and is listed amongst the world’s largest and most famous yachting races. Organised by the Island Sailing Club and set in Cowes, Isle of Wight, this event is one of the most popular fixtures on the Solent racing calendar. 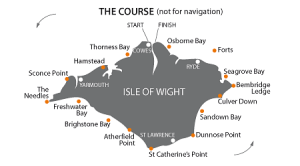 Nick and Lyndsay Voorhoeve won the race in class in 2003 but failed to produce the correct paperwork at the end of the race so were disqualified. 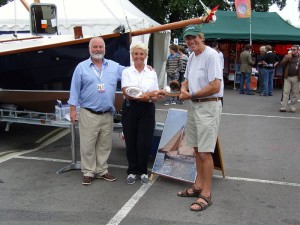 Mike with Bob and Norma 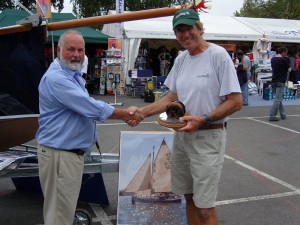 Mike came to the Honnor Marine stand at the Southampton Boat show in September 2009 with his trophies from the race, a plate and a trophy made from a dead eye block from Shackleton’s “Endurance”. Here he is with Bob, next to the Cape Cutter 19 show boat.

Graham did a write up of his race, click HERE  to open the document in another window 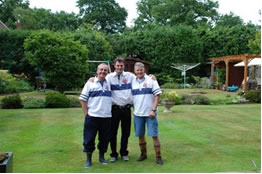 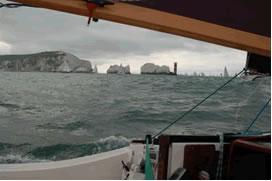 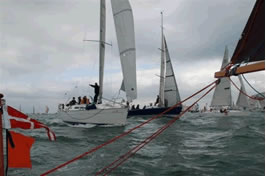 Reaching Past The Needles 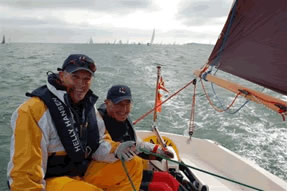 The Team- Graham, Jonathan and Steve