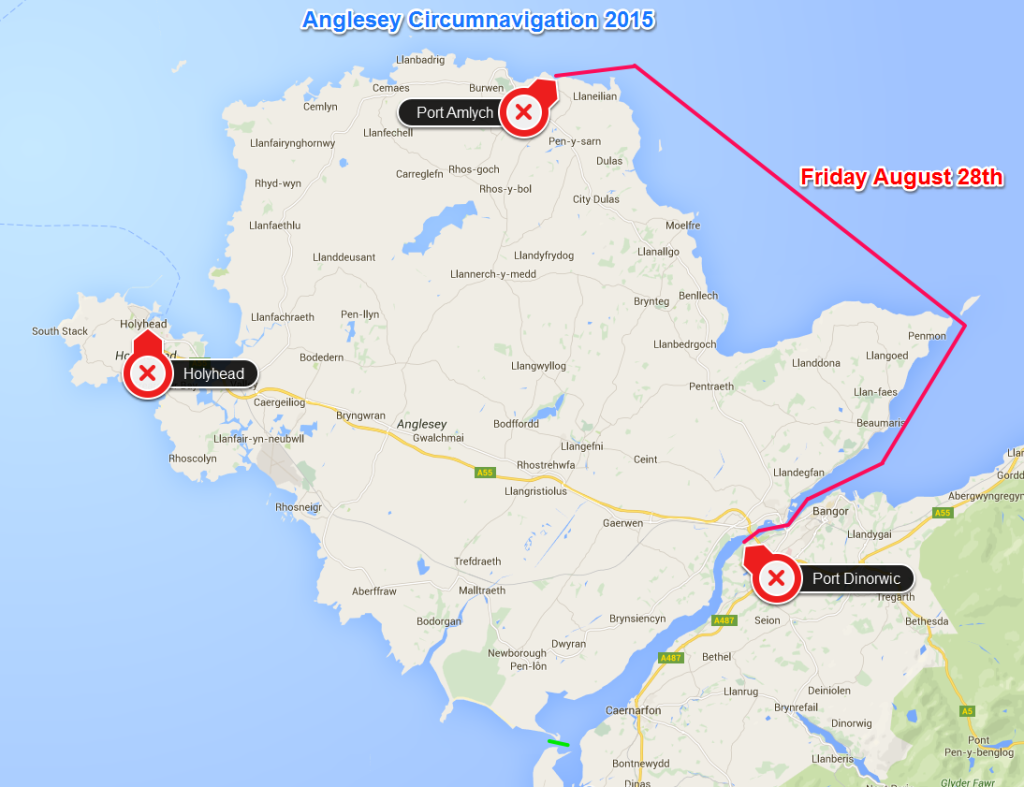 We set off on Friday at 7:30am with a following wind, heading North to the Swellies, reaching them at approximately 8:10am.

We headed North in fairly light winds- I shook out my 2 reefs after the Swellies.

However I could see the weather closing in from the South West so put a reef in and then the second reef shortly afterwards.

Rounding inshore of Puffin Island we had a long beam reach offshore across Red Wharf Bay and past Ynys Dulas in F5-F6 double reefed. This was a great sail- Simeon was on the helm most of the time and thoroughly enjoyed it. We even managed 9 knots over ground on this passage!

We rounded Point Lyndas and were met with confused seas and the wind gusting F7!

We decided at this point to head into Port Amlych getting there at about 1pm.

“Aurora” encountered problems with her outboard at this point but Charles managed to get it running. This would also occur around Carmel head the following day.

Port Amlych provides great protection- we decided to stay the rest of the day here and dried out.

We had also arrived at the time of the Amlych Copper Fest music festival which also provided some great entertainment!

Click the links below for an account of our voyage! Remember to have a look at the pickies at the end of the page!

for a simple narrative for each photo.